Sorry! You missed Cash Me If You Can at The Berkeley Street Theatre 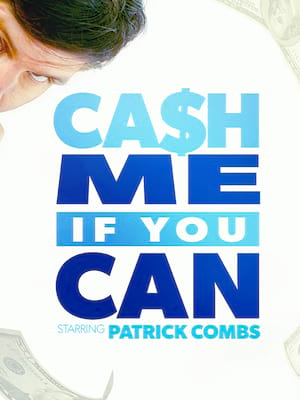 Cash Me If You Can

One of the FUNNIEST, most FASCINATING and FASTEST moving plays to hit New York

Why See Cash Me If You Can?

You couldn't make it up!

If you've ever wondered what would happen if you tried to cash one of those ridiculous fake junk mail cheques then this is the play for you.

In what started as a jokey experiment, one down-on-his-luck man decided to cash his own spam cheque for nearly $100,000 dollars, only to be absolutely floored when the bank actually honored it. Based on an extraordinary true story, this smash-hit international comedy follows what happened next as he took on the world's biggest bank in a battle of David and Goliath proportions!

Written and starring Patrick Combs, the man himself, this witty story has featured on The Late Show, The View and more. Don't miss your chance to enjoy this hilarious odyssey when it comes to the Berkely Street Theatre this December.

I remember this story when it was on the news. Saw this show in New York,... more

My friends have been telling about this show for years...SOOOOOO happy... more

Sound good to you? Share this page on social media and let your friends know about Cash Me If You Can at The Berkeley Street Theatre.