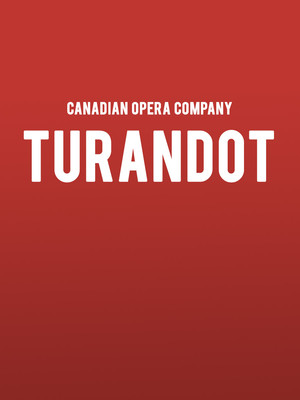 WHAT I DID FOR LOVE

As savage as she is beautiful, Princess Turandot has concocted a series of nefarious tasks to put off potential suitors. If you lose, you die at the hands of the executioner, if you win? Well, no one ever has. That is, until the besotted PrinceCalaf accepts the challenge. With a little savagery of his own, he throws himself into the tasks, growing ever closer to the hard-hearted Princess.

In a stunning new production from Robert Wilson, co-produced by the Teatro Real Madrid, Houston Grand Opera, the Lithuanian National Opera and the Ballet Theatre of Vilnius, prepare to be swept away by Puccini's staggering masterpiece anew.

Written in 1924, its roots delve far earlier, from a Persian poem from the 12th century. Puccini's version instead transports us to the ancient kingdom of Peking in China.

The Story of Turandot

As the realm faces upheaval, peace depends on Turandot choosing a suitor, but after swearing off men after the violent death of a beloved ancestor, its no easy task for even the most ardent admirer. When the exiled Prince Calaf decides to try his hand at Turandot's mind-bending challenges, it seems the bloodthirsty ruler may have met her match. Don't miss this opulent production that embodies the spirit of this strange tale of ruthlessness and love hard won.

Sung in Italian with English Surtitles

Counsellor MD: “Not Laughing at Gay for Laughs”

I attended the dress rehearsal on September 25, 2019. I do not understand... more

This is an opera with magnificent music. As performed by the COC, both... more

Sound good to you? Share this page on social media and let your friends know about Canadian Opera Company - Turandot at Four Seasons Centre.