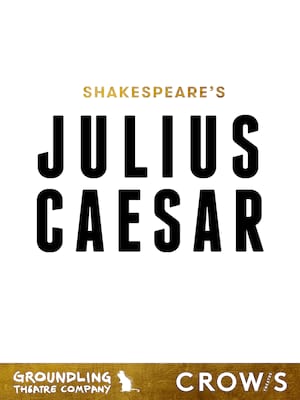 Groundling Theatre Company and Crow's Theatre bring together a who's who of performers from the Stratford Festival, Shaw Festival Theatre and Soulpepper to Streetcar Crowsnest for the first time, in a production that is destined to be a highlight of the 2020 theatre season.

In the most powerful state on earth, a coalition of educated elites, alarmed at their leader's populist, authoritarian reforms, conspire to bring him down. After his assassination, a civil war erupts, as ghosts, revolutionaries, and politicians contend with what they've done, and what's in store for their republic.

Casting a contemporary gaze on the play, this modern-dress production of JULIUS CAESAR will build on Abraham's growing body of work in the Shakespearean canon, including his lauded Stratford productions of A Midsummer Night's Dream, Othello, The Taming of the Shrew, and most recently, Macbeth for Vancouver's Bard on the Beach.

Preview tickets start at $35 plus fees and taxes

Sound good to you? Share this page on social media and let your friends know about Julius Caesar at Crow's Theatre.