Sorry! You missed Champions of Magic at Tribute Communities Centre

You can catch Champions of Magic at Fox Theatre in Mashantucket, showing Feb 21, 2020

Champions of Magic is also touring to: 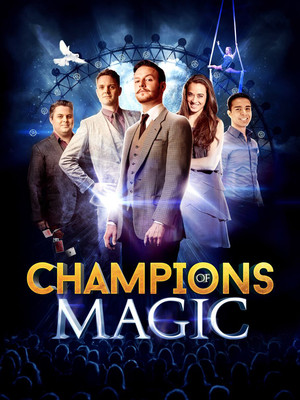 The most incredible show

Why See Champions of Magic?

They've wowed audiences across the UK, and enjoyed a hit season on the West End, and now the debonair Champions of Magic are headed to these shores for an unmissable spectacular that all the family will enjoy.

What to expect:
The Champions Of Magic team present incredible illusions with supercars, an impossible escape from Houdini's water torture cell, a mind-blowing prediction that has to be seen to be believed, levitation high above the stage and a finale beyond explanation. The show features original magic that can't be seen anywhere else. So prepare to be amazed by what these consummate performers have in store as they hit the U.S on tour!

Sound good to you? Share this page on social media and let your friends know about Champions of Magic at Tribute Communities Centre.