Sorry! You missed Something Rotten at Studio Theatre 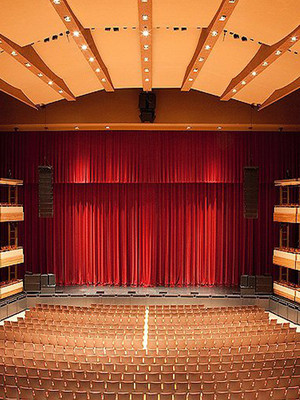 You can catch Something Rotten at Centrepointe Theatre in Nepean, showing Jun 2 - 11, 2023

Something Rotten is also touring to:

View the entire Something Rotten tour

The Funniest musical comedy in at least 400 years!

Why See Something Rotten?

A ten-time Tony Award-nominated musical, Something Rotten! is the hilarious musical comedy that sees two brothers vie against Shakespeare to create the world's first musical. Full of joy and wit, this riotous hit is a loving send-up of both The Bard's and Broadway's greatest hits, riffing on everything from Hamlet to Les Miserables.

It's tough being a playwright in Elizabethan England, not least because a certain pompous (but honestly rather dashing) rascal called William Shakespeare is hogging all the limelight. Comedies, tragedies, histories...you name it, and he can write it. So what are struggling thesps The Bottom Brothers to do? Well, in their desperation they seek the advice of an aged soothsayer, who advises them to try their hand at a whole new kind of theatrical show - a play that incorporates song and dance numbers!

So the Bottoms begin creating Omelette, the world's first-ever musical. Unfortunately, things don't quite go to plan, especially when that bounder Shakespeare begins poking his nose in.

Sound good to you? Share this page on social media and let your friends know about Something Rotten at Studio Theatre.