Sorry! You missed Toronto Operetta Theatre - The Gypsy Baron at St. Lawrence Centre for the Arts 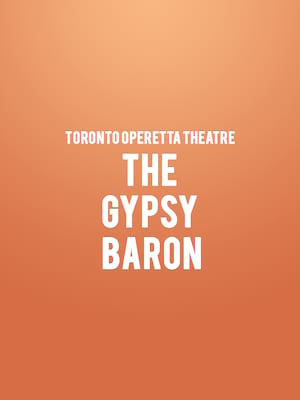 Though still indisputably an operetta, with its spoken dialogue, frothy waltzes and a comic story of a dispossessed Hungarian landowner's son who hopes to reclaim his land from a band of Gypsies, Strauss pushed this operetta in the direction of opera.

Eclipsed only by the popularity of his beloved comedy Die Fledermaus, Johann Strauss II's The Gypsy Baron enjoyed a roaring reception in his lifetime and continues to be one of the most performed comic operas today. A veritable smorgasbord of Hungarian influences, humour, melody and romance, the 1855 work is given new life during the Toronto Operetta Theatre's effervescent new production at Toronto's Jane Mallett Theatre this winter.

The colorful story is set in 18th century Hungary and follows the marriage of a young landowner who has returned to his home city from exile and a gypsy girl who turns out to be the daughter of a Turkish pasha or high ranking Ottoman military official. A cast of characters including a fortune-telling Romany queen, a trumped up mayor, a rapscallion commissioner, a troop of hussars and a band of travelling gypsies up the ante as rumours of a hidden treasure come to the fore.

Sound good to you? Share this page on social media and let your friends know about Toronto Operetta Theatre - The Gypsy Baron at St. Lawrence Centre for the Arts.