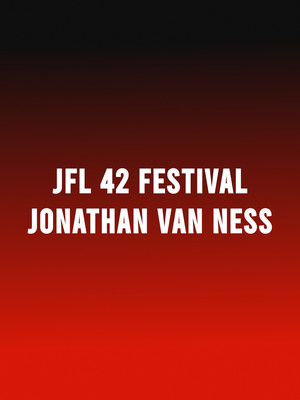 Jonathan Van Ness' Stand Up Show Is Everything You Want & More

Emmy-nominated TV star, podcaster and celebrity stylist Jonathan Van Ness is relatively new to stand-up comedy, having completed his very first US tour just last year. Yet, since finding fame on Netflix's reboot of Queer Eye, the multi-faceted personality has proven himself beyond all expectation on the stage, selling out shows in record time and appearing live around the world. Also known for his podcast getting curious with Jonathan Van Ness and as the host of Funny Or Die's Gay Of Thrones, don't miss this colourful character's appearance at JFL42.

Sound good to you? Share this page on social media and let your friends know about JFL42 Festival - Jonathan Van Ness at Sony Centre for the Performing Arts.