Sorry! You missed JFL42 Festival - In Conversation with Broad City at Sony Centre for the Performing Arts 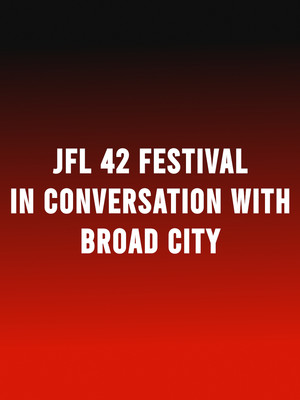 at last, a comedy that speaks to my world

Why See JFL42 Festival - In Conversation with Broad City?

Ilana Glazer and Abbi Jacobson are the pair behind the entertaining hit sitcom Broad City on Comedy Central. Beginning life as an independent web series, the show has seen the duo go on to become true comedy royalty with nominations for best comedy at the Critic's Choice Awards two years running, as well as a nomination for Best Comedic Performance at the 2017 MTV Movie Awards. At JFL42 they sit down for an exclusive chat on the series' transition from online passion-project to worldwide television success.

Sound good to you? Share this page on social media and let your friends know about JFL42 Festival - In Conversation with Broad City at Sony Centre for the Performing Arts.