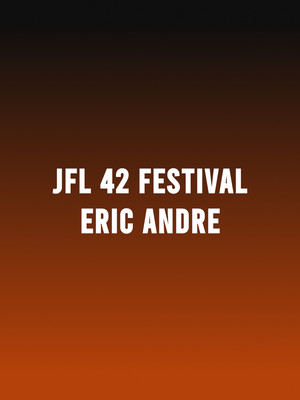 Creator and star of his own hit Adult Swim series Eric Andre brings his "Legalize Everything" tour to Toronto for JFL42. His outlandish humor regularly sees guests on his show and members of the public alike in bizarre situations, while surreal monologues complete the scene. With a busy 2019 seeing him voicing of Azizi in the 2019 Lion King reboot and producing and starring in Bad Trip alongside Lil Rey Howery (slated for 2020 release), don't miss this chance to see Andre's side-splitting performance in Toronto!

Sound good to you? Share this page on social media and let your friends know about JFL42 Festival - Eric Andre at Sony Centre for the Performing Arts.