Sorry! You missed Chris de Burgh at Sony Centre for the Performing Arts 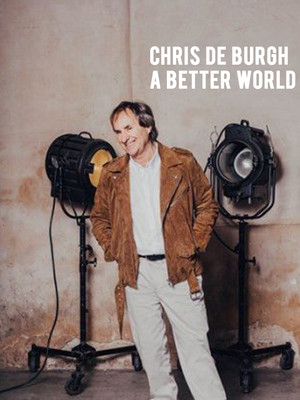 "A genuine master of the soft ballad."

Long known as an advocate of romance, Chris de Burgh is instantly recognizable to millions around the globe as the balladeer behind the 1986 mega-hit 'The Lady in Red', a smooth paean to an anonymous woman that set pulses racing. But there is far more to the diminutive British-Irish star than just one tune, and now he launches his Canadian Tour, "A Better World".

Chris de Burgh debuts his brand new album, "A Better World" to Canadian cities from coast to coast. This legendary singer/songwriter returns to present an evening showcasing his biggest hits as well as his new album.

His back catalogue explores the supernatural and fantasy, along with more down to earth themes of love and loss. It's a folksy sound that's said to be divisive, but altogether his swagger and showmanship manages to win over audiences, thrilling with thoughtful staging and huge shows of gratitude to his many fans.

This was the first time I have seen Chris in concert and I was thrilled.... more

Sound good to you? Share this page on social media and let your friends know about Chris de Burgh at Sony Centre for the Performing Arts.