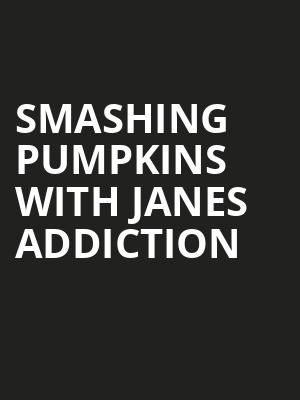 Billy Corgan's Smashing Pumpkins created some of the most iconic tracks of the 90's, fashioning an amalgam of progressive rock, heavy metal, goth rock, psychedelia and dream pop. Don't miss them live in 2022 when the semi-reunited band hit the road with fellow alt-rock gods Jane's Addiction on their Spirit's On Fire Tour!

Of all the major alternative rock bands of the early '90s, the Smashing Pumpkins were the group least influenced by traditional underground rock. Lead guitarist/songwriter Billy Corgan fashioned an amalgam of progressive rock, heavy metal, goth rock, psychedelia, and dream pop, creating a layered, powerful sound driven by swirling, distorted guitars. Corgan was wise enough to exploit his angst-ridden lyrics, yet he never shied away from rock star posturing, even if he did cloak it in allegedly ironic gestures. In fact, the Smashing Pumpkins became the model for alternative rock success - Nirvana was too destructive and Pearl Jam shunned success.

Seen Smashing Pumpkins with Janes Addiction? Loved it? Hated it?

Sound good to you? Share this page on social media and let your friends know about Smashing Pumpkins with Janes Addiction at Scotiabank Arena.