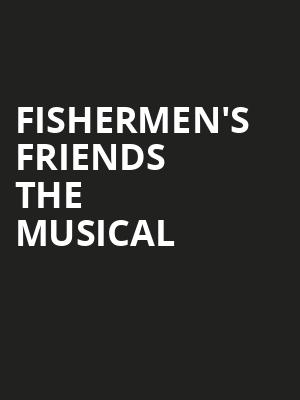 All images, logos and graphics are property of the production

Climb aboard, find your sea legs and allow yourself to fall for this critically acclaimed musical, hook, line and sinker.

Why See Fishermen's Friends The Musical?

It's safe to say that no one had a group of Cornish fishermen singing sea shanties down as a dead cert for the music charts but oh buoy, did they show us! Now you can recount the journey of Fisherman's Friends in this brand new musical that follows their adventure from singing in the local community and looking to raise a quid or two, to the main stage at Glastonbury!

Premiering back in August 2021 in Cornwall, it was a box office and audience smash, and now, following a sea-cessful UK tour it sets its sights on Toronto this winter! Bringing the voyage of the unlikely bouy band to you in a production full of friendship, warmth, heart and sole.

Seen Fishermen's Friends The Musical? Loved it? Hated it?

Sound good to you? Share this page on social media and let your friends know about Fishermen's Friends The Musical at Royal Alexandra Theatre.