Sorry! You missed Priscilla Queen of the Desert at Randolph Theatre 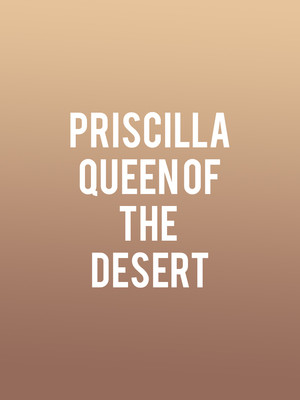 Priscilla Queen of the Desert

Why See Priscilla Queen of the Desert?

Back with more glitter and sassiness than ever before, ebullient cult-hit-movie-turned-Broadway-tuner Priscilla Queen of the Desert is rolling onto the Randolph Theatre stage during a hotly anticipated local revival this fall. Beginning its life as the 1994 Ozzy dramedy starring Guy Pearce, Hugo Weaving and Terrence Stamp, the rollicking tale and its soundtrack full of gay and drag anthems made a glorious transition to the stage thanks to author Stephan Elliott and screenwriter Allan Scott.

A dragalicious comedy of errors, as well as a tale of resilience, acceptance and self-discovery, Priscilla Queen of the Desert follows three drag queens who attempt to bring their extravagant drag show to the remote desert town of Alice Springs. After accepting the offer to perform made by his estranged wife, Anthony (AKA Mitzi Del Bra) convinces his friends Bernadette Bassenger and Felicia Jollygoodfellow to join the trek and they embark on the titular pink bus, finding hostility, hospitality and themselves during the vibrant adventure that follows.

Felicia was MAGNIFICENT!! Couldn’t take my eyes off of the actor he stole... more

Sound good to you? Share this page on social media and let your friends know about Priscilla Queen of the Desert at Randolph Theatre.