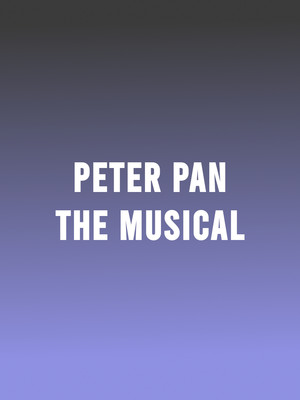 Unlike some musical adaptations, this one sticks closely to the original stage version of J M Barrie's tale.

JM Barrie's classic fantasy hits the stage in Toronto for a month-long run this summer! Peter Pan The Musical plays at the Randolph Theatre from August 23rd to September 22nd, thrilling audiences with the spectacular tale of the boy who never grew up.

The cheeky yet kind-hearted Peter transports Wendy and the Darlings away from the real world and into the faraway Neverland, undertaking a series of unforgettable adventures with the Lost Boys, Tinkerbell and Captain Hook the pirate. With a modern soundtrack and stunning production, this adaptation by Piers Chater Robinson has entertained audiences the world over.

Axelle: “Very basic amateur theatre, we did not enjoy it ”

People just need to know it is amateur theatre before they buy tickets.... more

Sound good to you? Share this page on social media and let your friends know about Peter Pan at Randolph Theatre.