Sorry! You missed Ain't Too Proud at Princess of Wales Theatre 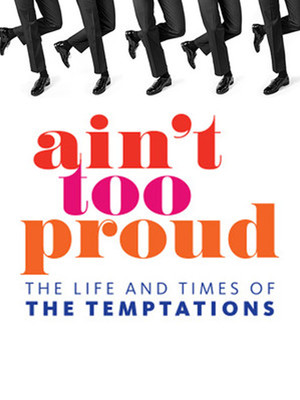 The record breaking musical which follows The Temptations

Why See Ain't Too Proud?

The Life and times of the temptations

Following a critically acclaimed and record-breaking world premiere run at the Berkeley Repertory Theatre this brand new musical biopic comes to you this season. Telling the story of the group behind some of Motown and beyond's biggest hits, expect to hear some of their greatest tunes including 'My Girl', 'Papa Was a Rollin' Stone','Just My Imagination' and more as the action unfolds.

They've got sunshine on a cloudy day

Follow the extraordinary journey that led The Temptations from the streets of Detroit to the Rock and Roll Hall of Fame. Travelling back five decades, see how their signature dance moves and incredible harmonies helped them to rise to the top of charts. But it's not all singing and dancing - this moving and personal story will reflects their early friendship - and the betrayal that nearly tore them apart.

Angeline: “I predict this musical will win a Tony”

This musical was just tremendous! I watched the matinee on Wednesday.... more

I've been pretty disillusioned with Mirvish productions over the past few... more

Sound good to you? Share this page on social media and let your friends know about Ain't Too Proud at Princess of Wales Theatre.