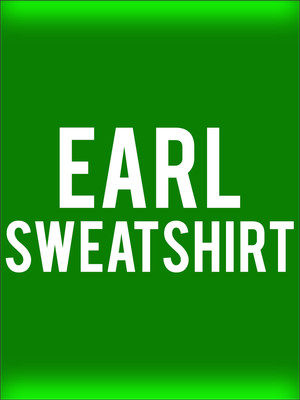 L.A. has a major new rap star on its hands.

Off the Back of His Latest Album, Earl Sweatshirt Prepares to Hit the Road

Rapper Earl Sweatshirt first gained notoriety at the young age of 16 with his debut mixtape 'Earl' after joining hip hop and rap collective Odd Future. Since then, the Chicago born, L.A raised rapper has brought out four music projects, with his latest, 'Some Rap Songs' being released in November of last year.

Just when Odd Future were making waves in music and online, the rapper was sent to a boarding school in Samoa before returning and bringing out four studio albums over five years. The rapper's latest album has been hailed as presenting "powerful, emotional poetry" by The Guardian newspaper and was predominately produced by himself.

Sound good to you? Share this page on social media and let your friends know about Earl Sweatshirt at Phoenix Concert Theatre.