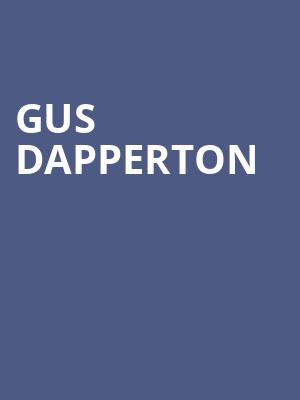 From his bedroom in upstate New York, Dapperton has written, produced, recorded, mixed, and mastered his way into the hearts of teenagers everywhere, selling out an entire US tour already on the strength of his name alone.

Gus Dapperton is an artist of many talents. He writes, produces and records all of his own music which has led him to gaining over a million monthly listeners on Spotify. The artist went viral on YouTube when he released the songs 'I'm Just Snacking and Prune' and 'You Talk Funny.' The New York native has gone from strength to strength ever since and prepares for his upcoming tour!

Gus released his debut studio album 'Where Polly People Go To Read' in 2019. The album was described as being "both excitingly personal and a bit disingenuous" and the work of "an artist in a world all his own" by Pitchfork. Music blog Ones To Watch characterized the album as "a kaleidoscopic array of sonics, ranging from 60s soft-rock to modern R&B" and "an intimate account of one of indie pop's new stars."

Sound good to you? Share this page on social media and let your friends know about Gus Dapperton at Opera House.