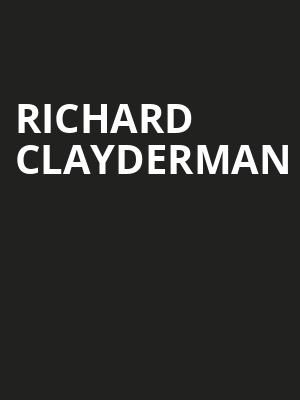 In his 40-year career, Clayderman says he has sold 60 million records internationally, making him one of the best-selling French musicians in history, alongside Mireille Mathieu, Jean-Michel Jarre and late Johnny Hallyday.

One Of The Worlds Best Pianists

Richard Clayderman is an accomplished pianist who has toured worldwide, recorded over 1,300 melodies and will now grace US audiences with his exceptional talent this year. The musician is a skilled performer and has sold somewhere around 150 million records worldwide, with 70 platinum albums to his name.

Richard had his first concert in 1979 and is well known for creating his own renditions of popular movie soundtracks and music; it is not uncommon to hear his music setting the atmosphere in restaurants, cafes and museums around the world. He shot to worldwide fame for his 1976 Ballad for Adeline which was recorded for famous French record producer, Olivier Toussaint's baby daughter called Adeline.

Richard Clayderman has performed with some of the greatest orchestras in the world, including the Hong Kong Symphony orchestra, the Tokyo Symphony Orchestra and the London Royal Philharmonic Orchestra. He has also received the honor of being named the most successful pianist in the world by the Guinness Book of World Records.

Sound good to you? Share this page on social media and let your friends know about Richard Clayderman at Meridian Hall.