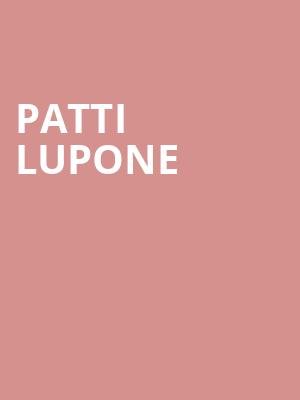 Photo by Bogomil Mihaylov on Unsplash

A theatrical powerhouse, a renowned entertainer, a diva with a (deserved or not) reputation for being difficult, a "musical cult goddess"!

One of Americas greatest living stars of musical theater is heading to the stage and will be leading you on a journey, as she explores her love affair with Broadway and gives her opinion and concerns for what the Great White Way is becoming today.

LuPone will do this through iconic interpretations of classic Broadway show tunes by the likes of Stephen Schwartz, Stephen Sondheim, Irving Berlin and many more!

Patti LuPone's remarkable career has stretched back over 40 years. She made her Broadway debut in 1973 in the Chekhov adaptation The Three Sisters, and would go on to make The Great White Way her second home. Among her many credits are her Tony-winning turns in the original production of Evita and the 2008 revival of Gypsy, while her television and film work spans everything from HBO's Girls to Driving Miss Daisy

Suitable for audiences of all ages

Sound good to you? Share this page on social media and let your friends know about Patti Lupone at Meridian Hall.