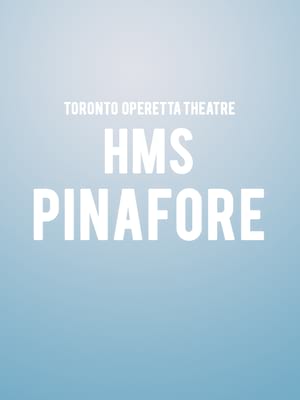 This delightfully comedic tale about OTT nationalism, personal ambition, and forbidden love roving amongst the social classes of British society and the Royal Navy first premiered in London in 1878, making it Gilbert and Sullivan's fourth collaboration, and their first international sensation! Join Toronto Operetta Theatre as they bring this comic gem to life once more this spring.

Welcome aboard the H.M.S Pinafore where Captain Corcoran, is trying to marry off his daughter Josephine to the Sir Joseph Porter, the First Lord of Admiralty. But unbeknownst to Corcoran, Josephine already has her heart set on the lower-class sailor Ralph Rackstraw However, all may not be lost as Sir Joseph himself is a big supporter of class equality. Cue a fantastic flurry of hilarious hijinks on the high seas!

Photo by Tanner Mardis on Unsplash

Sound good to you? Share this page on social media and let your friends know about Toronto Operetta Theatre - HMS Pinafore at Jane Mallet Theater.