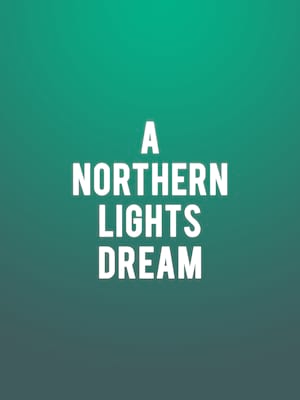 A Northern Lights Dream is a coming-out story, but told from the other side of the closet door. It's a refreshing take of non-queer perspectives told through a queer lens

Enter a world of whimsy and magic during Toronto Operetta Theatre's hotly-anticipated production of Michael Rose's Northern Lights Dream. Straddling the worlds of opera and musical theatre,  the hybrid production also fuses comedy and heartfelt emotional exploration together with stunning results. Carrying hints of Jason Robert Brown and Stephen Sondheim in its score, it's a light-hearted romp littered with chucklesome wordplay and puns throughout.

At its heart is the story of a man coming to terms with his homosexuality, surprisingly told through the eyes of his wife. Set in the town of Shakespeare, Ontario, this dramatic tale journeys into the realm of magical realism with the introduction of a goddess who opens the eyes of these mismatched lovers, as well as Puck from the Original A Midsummer Night's Dream, now 400 years old and living in Canada. Sharing parallel's with the bard's tale of myth, mischief and mistaken identity, the production has been praised for its perfect balance of poignant perspective and comic relief.

Sound good to you? Share this page on social media and let your friends know about Toronto Operetta Theatre - A Northern Lights Dream at Jane Mallet Theater.