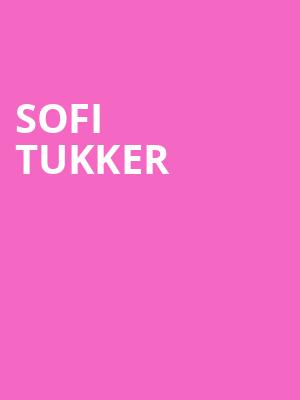 Sofi Tukker know how to have fun with their own music, and they know how to convey their emotions using their voices

Comprised of German-born Canadian songstress Sophie Hawley-Weld and American music maker Tukker Halpern, Sofi Tucker is a jungle-pop outfit making waves with their pulsating, dance-floor-ready, EDM anthems. Formed in 2014, they're back and brighter than ever in 2022, with the release of their new album Wet Tennis and accompanying tour! Aside from driving the concept behind their new music and look, WET TENNIS is also an acronym for 'When Everyone Tries to Evolve, Nothing Negative Is Safe'. Catch Sofi Tukker live and on stage in glorious multi-color!

The duo got their big break just two years later with the release of their debut EP Soft Animals, which was nominated for 2017 Best Dance Recording Grammy.  Following up this fledgling success, Sofi Tukker released their first album Tree House in 2018, which was also nominated for a Grammy, and had their smash hit single Best Friend featured on the Apple iPhone X advert, assuring mainstream - and international! - recognition.

Sound good to you? Share this page on social media and let your friends know about Sofi Tukker at HISTORY.