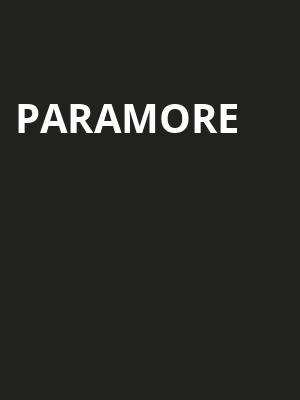 paramore return to the road!

For this first time since 2018, alt-rock band Paramore are returning to the road with 12 special performances in advance of their upcoming, yet to be named, album! Their last, and fifth studio album was released in 2017, After Laughter, a hook-laden, synth infused, straight-up pop record, that's bound to introduce the group to a whole swathe of new fans. Lead single 'Hard Times' in particular is instant night-out anthem material. But while it's musically a far cry away from their early emo rock days, Hayley Williams' frustrated, anxious lyrics are all present and correct, ensuring the 80s pop sugarcoating that surrounds them never gets too sweet.

With original drummer Zac Farro back in the fold, Paramore are touring their brand new material, alongside fan favorites like 'Ain't it Fun,' 'Misery Business,' and 'That's What You Get,' throughout 2022.

Paramore was awesome and the venue was great. more

Sound good to you? Share this page on social media and let your friends know about Paramore at HISTORY.