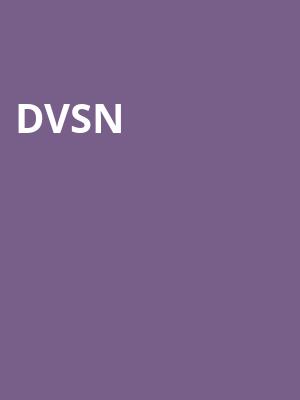 Daley is blessed with one of those rich tenor and falsetto voices that is built to convey pain and torment.

working on my karma world tour!

Formed in 2015, it didn't take long for Dvsn to get recognised for their soulful throwback R&B, and the Canadian duo signed to Drake's OVO Sound record label a mere year later. With two Drake world tours and multiple collaborations under their belts, Dvsn are now heading out on their own world tour, 'Working On My Karma Tour', in suport of their recently released album.

Their recent offering sees the band return to familiar themes of heartbreak and on-again, off-again hook ups and relationships, set to the cinematic soundscapes and sparse beats, tied up by the delicate yet emotive vocals of singer Daniel Daley. Their passionate, neo-soul stylings convey the old school highs and lows of R&B romance in the swipe-left digital era, speaking directly to the new generation of music listeners.

Sound good to you? Share this page on social media and let your friends know about dvsn at HISTORY.