Sorry! You missed Matilda the Musical at Ed Mirvish Theatre 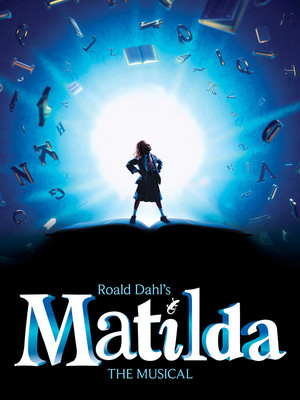 "Groundbreaking! Matilda has the audience jumping to their feet."

Why See Matilda the Musical?

The Canadian PREMIERe of the Broadway Sensation

The irresistible smash hit Matilda closes out the 2015/16 Mirvish season. Based on the beloved book by Roald Dahl, this musical adaptation has taken the world by storm, bowling over audiences and critics alike. Now it comes to Toronto for its Canadian premiere, in a production which features an all-Canadian cast.

The musical centers on the precocious title character, a young girl whose startling intelligence goes unnoticed by her horrible parents and even more horrible headmistress Miss Trunchbull. Fortunately help is at hand in the form of kind teacher Miss Honey, who helps Matilda realise her truly extraordinary potential.

The Story So Far

With a book by seasoned English television writer Dennis Kelly and music from Australian comedian Tim Minchin, Matilda was first staged in London's West End by The Royal Shakespeare Company. A whirlwind of unabashed enthusiasm, memorable tunes and magical stage design, it was immediately marked out as something special and went onto win an astonishing seven Olivier Awards. Transferring to Broadway in 2013, the show repeated its success, reaping five Tonys and five Drama Desk Awards. A North American tour kicked off in 2015.

What is Matilda About?

Possessing a wild imagination and an undying curiosity, young Matilda is unfortunately stuck with a couple of ghastly parents, Mr and Mrs Wormwood, who take zero interest in their daughter. Living out an unhappy home life (a misery compounded by her bullying brother), Matilda is confronted by another adversary at her school, in the form of cruel headmistress Mrs Trunchbull.

Desperate to escape, Matilda buries herself in the world of books, walking everyday to the local library to lose herself in tales of bravery and adventure. Through her reading, and with the help of kind teacher Miss Honey, Matilda slowly begins to realise the power that she holds, and sets about changing her world for the better.

Matilda The Musical is recommended for a general audience. As an advisory to adults who might bring young people, the show is suitable for ages 6 and up. Babes in arms (children under 2) are not permitted into the theater.

Images used are from the Broadway production

This musical is amazing! I've seen it twice in NYC, and I am SO excited... more

Sound good to you? Share this page on social media and let your friends know about Matilda the Musical at Ed Mirvish Theatre.