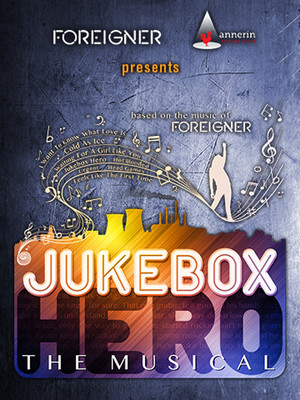 I am so proud that these songs will now be reinterpreted for stage, and am honored by the team that is helping bring this music to life. I'm thrilled that Canada will see the world premiere of our brand-new musical, Jukebox Hero, in 2018.

The World Premiere of the Foreigner Musical

Power ballad titans Foreigner road high in the 70s and 80s with their stadium-shaking blend of flaming licks, soaring vocals and driving drums. Celebrating their 40th anniversary, the arena-rocking quintet are joining forces with Dick Clement and Ian La Frenais, the writing duo behind musical films The Commitments and Across the Universe, for a brand new musical featuring 16 Foreigner classics including Cold As Ice, Waiting For A Girl Like You and of course, the musical's namesake Jukebox Hero.

With its sights set on Broadway, the musical enjoys it world premiere in Calgary this August. A coming of age adventure with an electric soundtrack, the story is set in the rust-belt town of Blaydon, Pennsylvania. When the closing of Blaydon's biggest factory results in a deluge of unemployment and instability, the community calls on Ryan, a local youth turned rock and roll superstar for help. Yet Ryan never left his roots on good terms, so must confront the ghosts of his past as well as a home he no longer recognises.

Sound good to you? Share this page on social media and let your friends know about Jukebox Hero at Ed Mirvish Theatre.