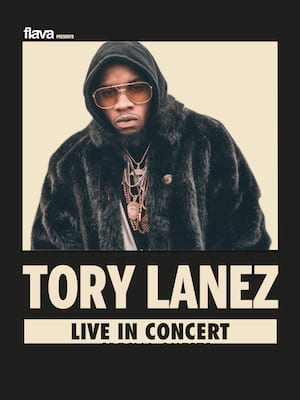 The Toronto Rapper With Universal Appeal

During the 2010s Tory Lanez took the underground rap scene by storm, transitioning from mix tapes and features into the mainstream with ease after the 2016 release of his debut album I Told You. The multi-talented rapper, singer songwriter and producer seamlessly blends R&B, hip hop, techno and rap to form a bold new sound that's impressing fans and critics alike.

Born and raised in Toronto, Canada Lanez, real name Daystar Peterson, overcame a harsh childhood that included the early death of his mom and homelessness, finding a way out in the creation of his music. Nowadays he can add a number 1 record to his collection and career highlights like sold out international shows and a performance on Jimmy Kimmel Live.

Sound good to you? Share this page on social media and let your friends know about Tory Lanez at Coca-Cola Coliseum.