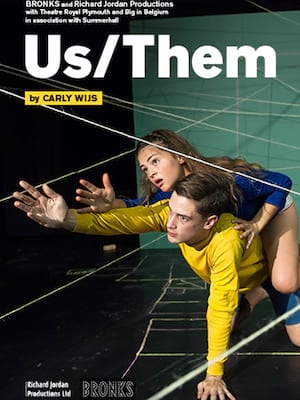 An evocative retelling of the Beslan school siege

A Powerful Play Based on the 2004 Beslan School Siege

Telling the compelling, thrilling and devastating story of the 2004 Beslan school siege from the inside, Carly Wijs' describes her play as "an attempt to talk about something that is supposed to be an impossible subject for children." Premiering in 2014, the play was a popular sell-out at Edinburgh Fringe Festival and London's National Theatre. In February, it comes to Toronto.

Told through the eyes of two children caught up in the siege, Us/Them is a powerful and poignant reminder of the three day siege that resulted in the deaths of 334 people.

The siege was started by extremists who used the hostage as a way of demanding the independence of Chechnya and for Russian troops to withdraw from Chechnya.

Seen Us/Them? Loved it? Hated it?

Sound good to you? Share this page on social media and let your friends know about Us/Them at CAA Theatre.