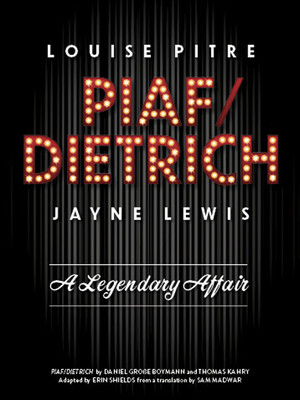 The Toronto Premiere Of Piaf/Dietrich

One bewitched the public with her sultry stare and unparalleled elegance, whilst the other struck audiences dumb with her soul-stirring, emotive voice. Whilst Hollywood icon Marlene Dietrich made her mark on the silver screen and distinguished, distinctive-voiced singer Edith Piaf made hers in the concert hall, both were united by a friendship that blossomed in the unlikeliest of circumstances, an untold story that now takes center stage at Toronto's CAA Theatre in the fall of 2019.

Canadian musical theater stars Louise Pitre and  Jayne Lewis star perform Piaf classics like 'Non, je ne regrette rien', 'Where Have All The Flowers Gone', 'Le Vie En Rose' and 'Milord' as they tell the tale of the two showbiz legends from their fateful meeting in a New York bathroom in the 40s, through tumultuous love affairs (some speculate that they were lovers themselves) and the highs and lows of fame to the end of their lives.

Seen Piaf/Dietrich? Loved it? Hated it?

Sound good to you? Share this page on social media and let your friends know about Piaf/Dietrich at CAA Theatre.