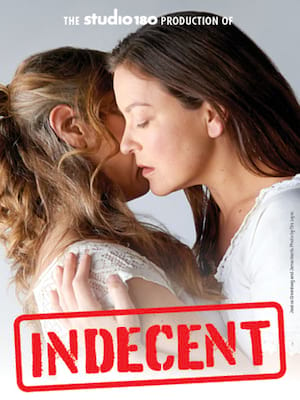 A masterful piece of storytelling.

Based on Sholem Asch's controversial God of Vengeance, Indecent centers on Asch's telling of his play detailing a lesbian love affair where a prostitute falls for the daughter of the brothel's owner. Although many find the story scandalous and offensive, the play is eventually translated into English and reaches Broadway where the reception is one of such disgust that the entire cast are arrested due to obscenity.

Indecent debuted Off-Broadway in 2016 and on Broadway in 2017. It received the Tony Awards for Best Play, Best Direction of a Play and Best Lighting Design of a Play alongside an Outer Critics Circle Award and an Obie Award. Indecent displays the power of theater in confronting controversy.

Seen Indecent? Loved it? Hated it?

Sound good to you? Share this page on social media and let your friends know about Indecent at CAA Theatre.