Sorry! You missed Bend It Like Beckham - The Musical at Bluma Appel Theatre 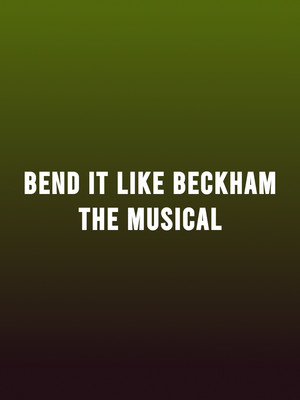 It is also one of sunniest, funniest musicals I have seen in many a year. It shoots. It scores.

The musical adaptation of classic British romantic-comedy Bend It Like Beckham comes to North America for the first time, making its debut in Toronto. Set in West London, it tells the tale of two girls who dream of success on the soccer pitch like their hero, David Beckham. Winning a Critic's Circle Theatre Award for its run in London's West End, this is a story of friendship, determination and a rebellion against disapproving parents and cultural norms.

Written by Gurinder Chadha (Bride and Prejudice, Angus, Thongs and Perfect Snogging), the original movie launched the decorated careers of Keira Knightley, Parminder Nagra and Jonathan Rhys Meyers. Chadha is also the mastermind behind this musical version, with lyrics by Charles Hart (Phantom of the Opera) and music by BRIT Award winning composer Howard Goodall.

My family and I really enjoyed this wonderful production. I felt it was... more

A great show. Even better than the movie! more

Sound good to you? Share this page on social media and let your friends know about Bend It Like Beckham - The Musical at Bluma Appel Theatre.