From HQ: Meet The Cast of Spongebob Squarepants The Musical 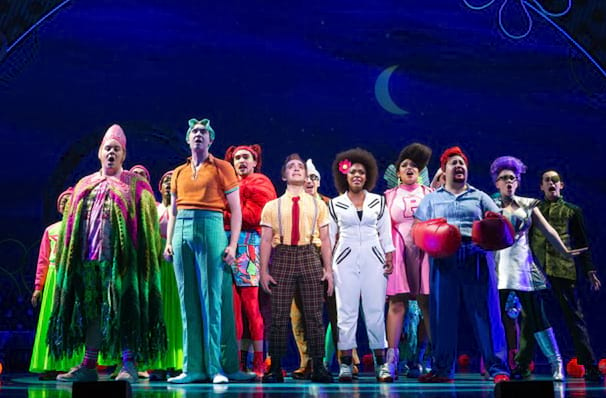 As a recent graduate from the University of the Arts Lorenzo Pugliese is having a wonderful year! Making his touring debut as our titular character, we can't wait to see what Lorenzo has in store for us.

Fun Fact: Lorenzo is a keen piano player and regularly uploads videos of himself playing the keyboard to Instagram!

There must be something in the water in Bikini Bottom Bay as we have another recent college graduate playing in our principal cast! Although Beau is making his touring debut as Patrick in Spongebob Squarepants his regional theatre credits include a TheaterWorks production of Henry and Mudge, Godspell and The Polar Express.

A prolific performer Daria's previous theatre credits include starring as Aida in the John. Engeman Theatre's production of the Andrew Lloyd Webber musical. Daria is also a frequent performer at the Utah Shakespeare Festival!

Not only is Cody a talented actor but he's also a very gifted musician and has released his very own EP entitled "Walk Away". Cooley's previous theatre credits include regional productions of Guys and Dolls, Shrek The Musical and Show Boat.

Zach Konov is very excited to be heading to Bikini Bottom Bay! His previous theatre credits include the premiere of a brand new production of Beauty and the Beast for Disney Cruise Lines, the national tour of How The Grinch Stole Christmas and the off-Broadway production of 50 Shades! The Musical.

He's a talented lad! Tristan McIntyre ended up graduating a year early from the USC School of Dramatic Arts! Tristan has also won three JRAY (an awarding body that recognizes exceptional talent in high school theatrical productions) awards and is the recipient of the John Ritter Memorial Award.