Sorry! You missed JFL42 Festival with Nick Kroll at Sony Centre for the Performing Arts 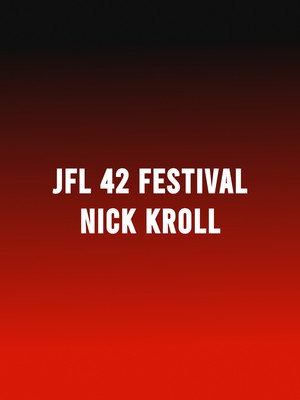 Comedian, writer and actor Nick Kroll is the co-creator, writer and producer of Emmy Award-nominated Netflix animated series Big Mouth, in which he performs the voices of over 30 characters. Also known for his critically successful Broadway run with Oh, Hello On Broadway and roles in Get Him To The Greek, Sausage Party and most recently The Secret Life Of Pets 2, he brings his hilarious "Middle-Aged Boy" tour to JFL42 on September 20th!

Sound good to you? Share this page on social media and let your friends know about JFL42 Festival with Nick Kroll at Sony Centre for the Performing Arts.