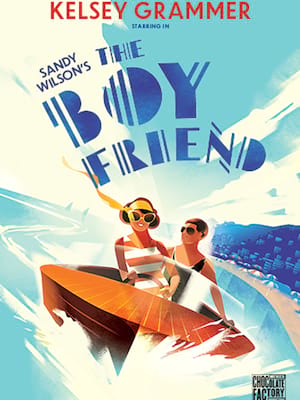 a no-brainer, a gorgeous fantasy that demands you suspend meaningful thought while your heart claps along to its syncopated rhythms.

Why See The Boy Friend?

the London hit in Toronto!

After thrilling audiences in London, Sandy Wilson's old-timey musical, The Boy Friend, will make its North American Premiere in Toronto in 2020! An ever-delightful warm-hearted comedy, let yourself be swept back to the roaring twenties where the students of Madame Dubonnet's School For Young Ladies are preparing to launch themselves into the world and discover much longed for romance. Wonderfully jolly and bursting with classic tunes, spirited dance numbers, and lashings of flirtation, you're sure to be seduced!

First produced in 1953, Sandy Wilson's pastiche of the era soon became one of the best in British musical fare, with productions spanning as far afield as Finland. Don't miss this gorgeous Menier Chocolate Factory (one of London's prestigious off-West End venues) production as it delights Canadian audiences.

Images taken from the original London production and may not reflect the current cast.

Seen The Boy Friend? Loved it? Hated it?

Sound good to you? Share this page on social media and let your friends know about The Boy Friend at Princess of Wales Theatre.