Sorry! You missed Moe. at Rebel 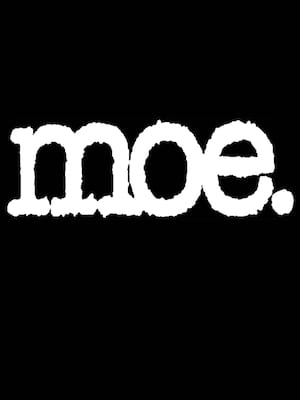 They've got their catchy sing-along songs, their head-banging metal-inspired tracks, their trippy dippy, soft-psychedelic riffs and tangents and their high energy power jams

Now celebrating over three decades in the 'biz, jam band moe. are heading out on a brand new tour! The band, consisting of Rob Derhak, Chuck Garvey, Jim Loughlin, Vinny Amico, and Al Schnier, have had a loyal and dedicated following ever since the release of their first album Fatboy in 1992 on Fatboy records.

The band first got together at the University at Buffalo and developed a fanbase made up of both jam and bluegrass listeners. Moe. have continued to become a staple of the jam and improvisational rock scene with the release of albums Wormwood, Headseed and Dither.

Seen Moe.? Loved it? Hated it?

Sound good to you? Share this page on social media and let your friends know about Moe. at Rebel.