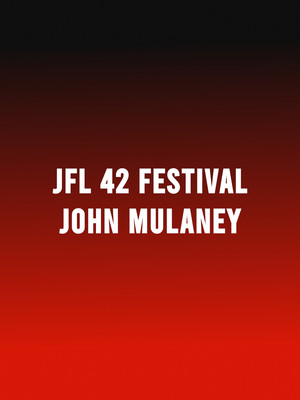 This is standup as clockwork, the kind you don't always appreciate fully as it's happening, but take a closer look and those gears are calibrated in some pretty impressive ways.

John Mulaney first came to global attention as a writer for Saturday Night Live. After a sprawling list of awards and nominations for his work there, 2018 saw him win an Emmy Award for his Netflix-captured stand-up performance at Radio City, part of his universally acclaimed Kid Gorgeous tour. Due to outstanding demand he'll be performing a second co-headline show at JFL42 with a yet-to-be-revealed special guest.

Sound good to you? Share this page on social media and let your friends know about JFL42 Festival - John Mulaney at Meridian Hall.